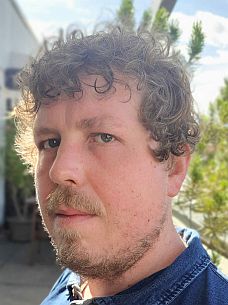 In Summer 2021 Bartek Pytlas is serving as Interim Professor of Societies in Central and Eastern Europe at the Institute of Sociology, LMU Munich.

Dr. Bartek Pytlas studied Social and Cultural Sciences as well as European Studies at the European University Viadrina in Frankfurt (Oder) and the University of Århus. In Frankfurt (Oder) he worked and researched at the Collegium Polonicum, the Chair of European Studies and the Chair of Comparative Politics. In the years 2011-2014 his dissertation project on the influence of party competition on the electoral fortune of radical right parties in Central and Eastern Europe (supervisor: Prof. Dr. Michael Minkenberg) was funded by a scholarship of the Heinrich Böll Foundation. Bartek Pytlas received his doctoral degree in Comparative Politics (summa cum laude) from the University Viadrina in 2014. Subsequently he worked on a research management project at the Technische Universität Darmstadt. Afterwards he moved to the Ludwig Maximilian University of Munich, where in the Summer Term 2015 he served as Interim Professor of Political Economics of Central and Eastern Europe. 2015-2018 he was Assistant Professor (Akademischer Rat a.Z.) in Political Systems and European Integration at the Geschwister Scholl Institute of Political Science, Ludwig Maximilian University of Munich. Since October 2018 he is Principal Investigator in his project „Anti-Establishment Politics in Europe: Issue Entrepreneurship, Voting Patterns and Counter-System Strategies of Representation”. The project is funded by the German Research Foundation (DFG). In Summer 2021 Bartek Pytlas is serving as Interim Professor of Societies in Central and Eastern Europe at the Institute of Sociology, LMU Munich

His book „Radical Right Parties in Central and Eastern Europe: Mainstream Party Competition and Electoral Fortune” appeared 2016 with Routledge. The book has been awarded with the Gero Erdmann Comparative Area Studies Award 2018, awarded by the Zeitschrift für Vergleichende Politikwissenschaft/Governance and Politics (ZfVP), the comparative political science journal of the German Political Science Association.