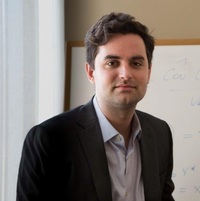 I came to LMU in 2018 after receiving my PhD from Yale. I teach classes on political behavior, political economy, and quantitative methods.

In my research, I study political behavior and political economy with a geographic focus on the United States and Western Europe. A first line of my work investigates the causes and consequences of unequal political participation. A second line of work examines the interplay between political institutions and behavioral decision-making in the formation of political preferences. My goal is to study interventions that encourage citizens to become more politically engaged and to take more sustainable political decisions.