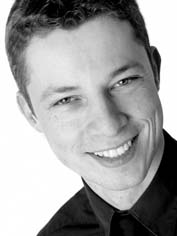 Dr. Matthias Kortmann studied Political Science, History and Sociology at the University of Muenster. He completed his PhD in Political Science in 2010 at the Graduate School “Civil Society Negotiations in Germany and the Netherlands compared“, Center for Netherland-Studies, University of Muenster (Subject: Migrant Organizations in Integration Politics, Grade: Summa Cum Laude). After working as a Postdoc in the same Graduate School he pursued a research project on “The integration of Islam as an issue between Islamic organizations and the state” at the Institute for Migration and Ethnic Studies (IMES), University of Amsterdam (UvA). The Academy of Sciences and Arts in North-Rhine Westphalia (Duesseldorf) awarded the Hendrik Casmir-Karl Ziegler Research Prize to this project. In 2012 and 2012 Matthias Kortmann worked as a researcher and lecturer at the chair “Politics and Government in Germany and Europe”, University of Potsdam. Since April 2013 he is a researcher and lecturer at the Department of Political Science, University of Munich.