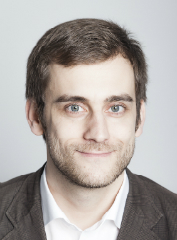 Office hours:
by appointment via e-mail or phone

Ronny Patz is a senior post-doctoral research fellow at the Chair in Political Systems and European Integration at the Department of Political Science (Geschwister-Scholl-Institute) at the University of Munich. In his research at LMU Munich – which is part of the multi-project DFG Research Unit "International Public Administration" – Ronny has focused on budgeting in international organisations, in particular in the United Nations system. A Global Policy special issue on "Resourcing International Organizations" co-edited by Klaus H. Goetz and Ronny Patz was published in 2017, with articles from the issue being among the most highly cited in the journal in 2017-18. The monograph “Managing Money and Discord in the UN” was published with Oxford University Press in Spring 2019.

Currently, Ronny is working together with Prof. Dr. Klaus H. Goetz and Dr. Svanhildur Thorvaldsdottir on resource mobilization by UN system organisations in the domain of forced migration and refugee policy – in particular studying UNHCR, UNRWA and IOM. This research combines field research in Geneva, Amman, Jerusalem and Brussels to understand resource mobilization as a key function of international bureaucracies’ work with quantitative approaches to explaining income and expenditures dynamics of the three organizations since their establishment around 1950.

In addition, Ronny works with text-as-data approaches to study the UN system. These efforts include sentiment analyses of 70 years of annual reports of UNRWA as well as topic modelling of UN Security Council speeches. In June 2019, Ronny together with colleagues from Technical University of Munich, University of Konstanz and Leiden University also published a new dataset on “The UN Security Council Debates” (currently: 1995-2017)”.

Before joining LMU in June 2014, Ronny worked at the EU Office of Transparency International in Brussels (since 2012) on the transparency, integrity and accountability of EU institutions closely following the 2014 EU elections. He was the co-author of the TI study on "The European Union Integrity System" (2014).

Ronny studied Political Science at the Freie Universität Berlin as well as Central and Eastern European transitions at Tartu Ülikool (Estonia). During and after his studies, he has worked for the Estonian Ministry of Education, for the German EU Council Presidency at the Council of Europe in Strasbourg and in pre-electoral assistance at the Council of Europe Field Office in Moldova. In 2009, he joined Potsdam University (Germany) as an academic assistant, doctoral research and lecturer, teaching courses on political science methods and on the German political system in the European context. He received his PhD from Potsdam University in 2014. In his dissertation, he used quantitative network analysis to study how leaks of EU documents were distributed among interest groups in EU fisheries policies. Follow-up research on EU leaks prevention by the Euroepean Commission, which complements this dissertation research, has been published in West European Politics in 2018.

Since 2008, he has also been a blogger on European affairs and and academic research. His blog can be found at http://polscieu.ideasoneurope.eu. He is also tweeting as @ronpatz.

Selected functions at conferences and workshops