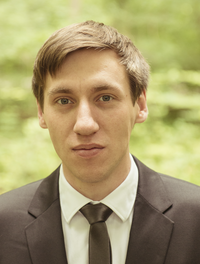 Stefan Jagdhuber is project manager and lecturer at the Munich International Summer University (MISU), which offers subject-specific summer academies on behalf of the LMU Munich. Stefan Jagdhuber is the Head Coordinator of the European Studies Summer Academies, which are offered several times a year under the patronage of Prof. Klaus H. Goetz and Prof. Werner Weidenfeld.

Stefan Jagdhuber studied Political Science, Modern and Contemporary History and Sociology at the LMU Munich between the end of 2007 and the beginning of 2013. During his studies, Stefan Jagdhuber worked as a student assistant at the Chair of International Relations at the GSI.

Stefan Jagdhuber is also course leader of the project seminar "The Functioning of the United Nations - simulation games and role play (NMUN)" (in cooperation with Nicolas Lippert). An integral part of the course is the participation in the "National Model United Nations" (NMUN), the largest and most professional UN simulation in the world, which always takes place during Holy Week in New York. The seminar is held mostly in English, and takes place regularly in the winter semester.